Today marks one week of officially being back in work after having my second child. You could on one hand say that I am now an expert at this, seeing as this is my second time doing it? But I can honestly say the pull you get between ‘mum guilt’ and then not feeling like you are being 100% on top of your game at work doesn’t get easier. I would like to place an emphasis on the ‘feeling’ part there! Must remember that our thoughts are not facts.

Almost everyone has an opinion on when you entertain the idea of returning to work. For so many it isn’t an easy decision as a whole host of factors can contribute to that final decision, finances, mental health, societal pressures and career progression. But for so many it isn’t a choice. In a survey conducted by Maternity Action (2022), 52% of respondents who were returning to work said that they had returned earlier than planned because of money worries.

The first time round I was desperate to go back as I had spent most of my maternity leave confined to the four walls of my living room, alone, and craving for adult conversation as we went in and out of lockdowns. Back then, I needed work for my own sanity, to get a little piece of me back. But what was to come were months of over-compensating to almost counterbalance the fact that I had chosen to take 9 months off with my first-born. It doesn’t sound right, does it? It is funny how the grass can sometimes seem greener. Did I rush back? Maybe. Did I regret it? No, I think in the greater scheme of things it helped my mental health and getting some sort of balance back.

Second time round, maternity leave was certainly a whirlwind but for different reasons. There is less sitting around, sipping hot tea and making your way through Netflix series when you have a toddler in tow. This time, finances and keeping up with the cost of living was certainly a motivation to return. But what was exciting is that I landed a new job. This of course triggered a whole range of different responses and judgements from people around me. Some saying, ‘Are you sure, don’t you want to just go back to the known?’ ‘Don’t you think you have enough on right now with the two kids?’ but for me I needed something new to inspire me, fuel my passion and do something that will make an impact. So, what is this new role you might be asking? It is as a Mental Health Trainer and Business Consultant and I can hands down say that this move has not been a disappointment.

Don’t get me wrong, although I am very much enjoying my new role, it is hard to sometimes escape the dark moments when imposter syndrome steps in, not to mention the ever-increasing mental load of caring responsibilities.

Imposter syndrome. Many women returning to work reported a strong sense of feeling less worthy, had a lower sense of self-esteem about their abilities in the role, or even feel like a bit of a fraud. Cognitive behavioural therapy techniques can help to reframe how you think and feel about returning to work and in return how you behave once you do. A technique you may wish to try is ‘Take that thought to court’. When you receive an unhelpful thought about returning, ask yourself some questions to pull that thought apart and assess how you feel after.

Mental Load. In the chaos that comes with having a family and returning to a work routine, your mental health is paramount. When we are trying to keep on top of workload, caring responsibilities and running a household it can be overwhelming. You may at times feel that you are constantly on the backfoot and never able to catch up.

This is where it can be useful to pause.

Mental Health First Aid England use the concept of ‘putting on your oxygen mask’. The concept is based around the idea that you should always put your own oxygen mask on before helping others. That selfcare is not selfish but in fact essential.

So, just to finish with. For whatever is your reason for returning to work or not, listen to what is right for you, don’t be afraid to ask for help if you are struggling and remember your worth. You are amazing.

Sign up to stay connected to the conversation of Mental Health and receive a 5% Discount Code!

By clicking to subscribe, you agree to share your email address with the site owner and MailChimp to receive marketing and updates. You can unsubscribe from these emails at any time.

Sign up to stay connected to the conversation of Mental Health and receive a 5% Discount Code!

By clicking to subscribe, you agree to share your email address with the site owner and MailChimp to receive marketing and updates. You can unsubscribe from these emails at any time. 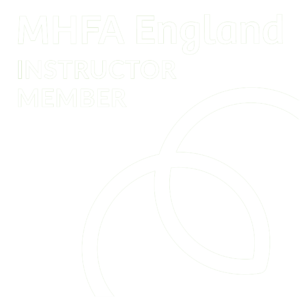